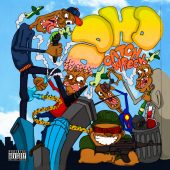 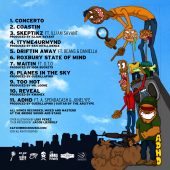 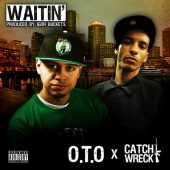 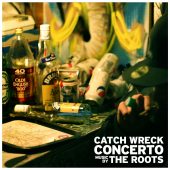 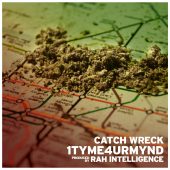 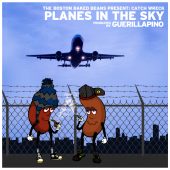 For Catch Wreck‘s ADHD project I worked on a lot of the design elements. The Cover was a collaboration between myself and fellow Scope / Political Pirates artist Luis Perez. He did the amazing illustration on the front and back. I did the coloring, layout and all of the single covers.

For the singles we utilized different techniques. The first for “Waitin’” was more straightforward and following the designs we had done for catch’s earlier covers. Starting with “Concerto” we did a series of three singles that were branded with the project. For “Concerto” I shot the cover, a video and did the layout, type etc. We used the same treatment for “1Tyme4UrMynd” where I shot and manipulated a photo to match some of the color shifts used in the video for that track. The last single cover for “Planes in the Sky” features an original illustration of The Boston Baked Beans.

I also created designs for Catch’s website and graphics to promote the project online, through social media etc.