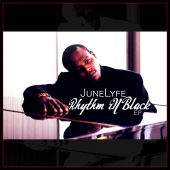 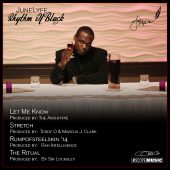 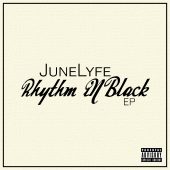 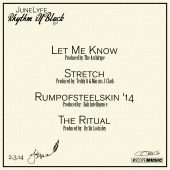 Following up on the Single Cover we did for “Stretch,” for the JuneLye Rhythm iN Black EP we worked on two cover variations. The official art, like with “Stretch” centered around photography by Sofija V who did an incredible shoot with June. Again it was fun to collaborate with June and get his input and have him directly work out some of his ideas on the computer. We kept the type and logos to a minimum letting the image and music speak for itself. For the night of the release party, we devised a black and white cover we could print ourselves on some nice resume paper to give fans a special keepsake from the night. The simplified cover just featured the title typography and framing and was marked with the date of the release party. We produced about 40 and they’re already gone. I used the same process we did with The Jeffrey bootlegs.

Congrats to the fam June, go support the project.